♦ Elucidation of the biosynthetic pathway of jasmonates

♦ Identification and synthesis of the metabolites 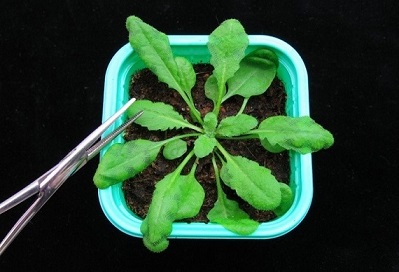 This project is a collaboration between SOPhy and an IBMP laboratory (T. Heitz) that has existed since 2010. This collaboration has already been financed twice (ANR Blanc 2012 and contract IdEx Unistra 2014) The aim of this project is to elucidate the enzymatic pathways of jasmonates (JAs) and thus increase knowledge about the mode of formation, transformation, and elimination of the hormonal signal in plants. These hormones are particularly involved in defense programs in response to attacks by insects and some microbial pathogens. More precisely, it is the jasmonoyl-isoleucine (JA-Ile) conjugate, formed from the jasmonic acid precursor (JA), which is the active hormone. Several oxidized derivatives are formed during the defense process. We have developed a new pathway to these compounds and this has allowed us to elucidate three catabolic pathways of the active hormone. 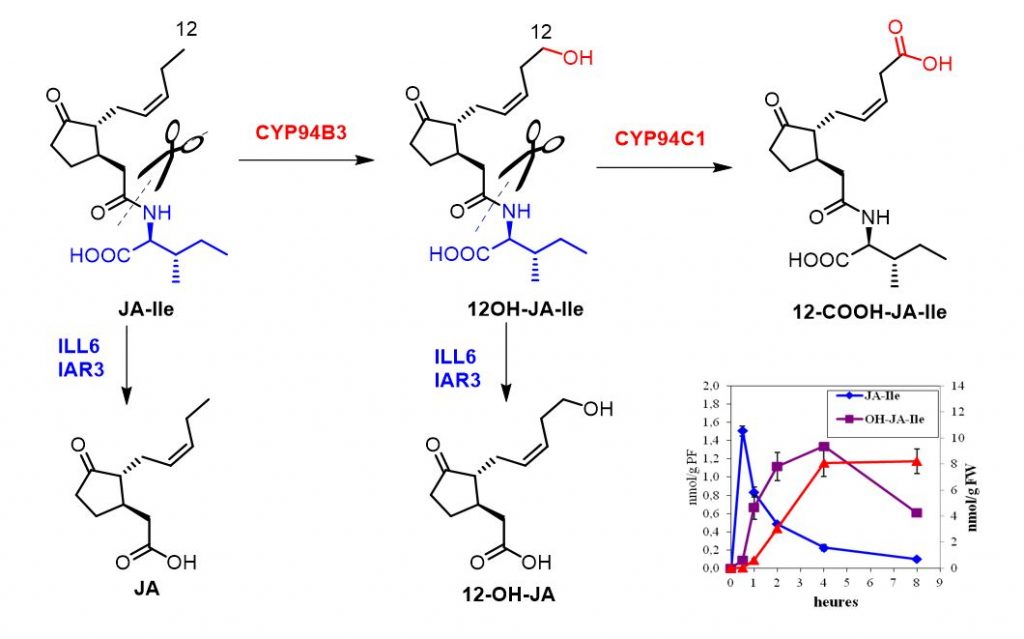