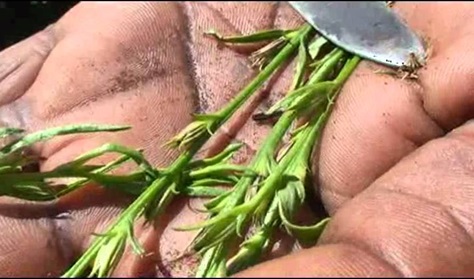 Strigolactones (SL) are a new class of phytohormones derived from carotenoids. SLs are essential for establishing a normal plant architecture and play a crucial role in modulating development processes, such as shoot branching, depending on the availability of nutrients, especially phosphate. In addition, plants release SLs into the soil where they act as a rhizospheric signal inducing hyphalonic branching of mycorrhizal fungi, which is the first step in the construction of mycorrhizal arbuscular (AM) symbiosis. The importance of AM symbiosis is widespread and is common to 80% of terrestrial plants, demonstrating its importance for terrestrial life. However, SLs are also captured by root weeds, such as Striga hermonthica, which perceive them as a signal of a host in their neighborhood. Therefore, the perception of SL is a crucial step in the life cycle of these parasites, and ensures their survival. Root parasitic weeds have a disastrous effect on the yield of many crops.

We are developing simpler synthetic methods that make strigolactones and its biosynthesic intermediates available in large quantities. The objective is to elucidate the steps of SL biosynthesis to better understand the recognition of host plant signals by the parasitic plant. 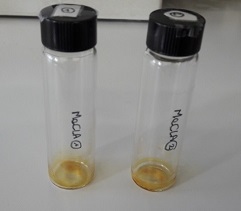